In this blog entry, I'm going to share my Dream Garage.  Note that all my dream garage are used cars and reachable - ie. Not really expensive (I found and screen shot 7/9 of them in Mudah).  The problem is 7 out of my 9 dream cars requires CASH BUY as too OLD for Bank Loan because it's more than 10 years.

Without further ado, let's proceed to my lists of Dream garage. 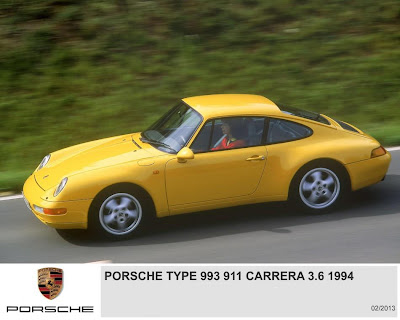 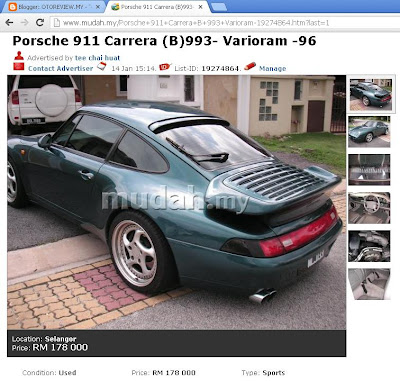 In Malaysia, I found a MINT Low Mileage 1996 Varioram EXAMPLE - imported New by Auto Eurokar.  Asking RM178,000 CASH slightly Nego (too old for Bank Loan).  Wish I have the money! 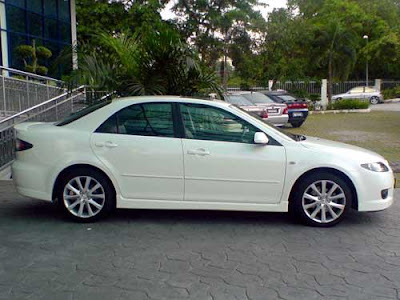 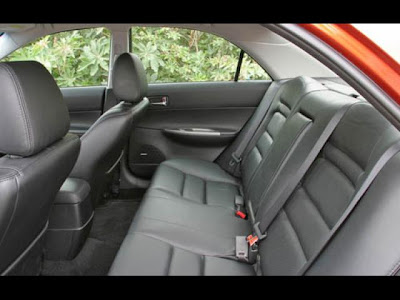 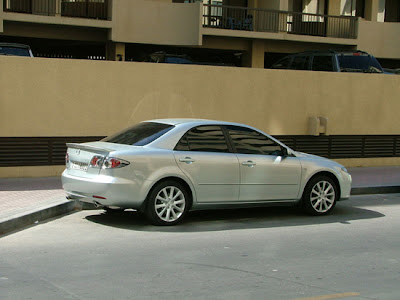 This is the ONLY DREAM CAR of mine that qualify for Bank Loan.  This year price RM63,000.  That's the MAXIMUM price I willing to pay for a 2006 facelift unit with 5 speed Active-matic gearbox.  Can't find a serious seller in Mudah for this car.

It won 110 Awards WORLDWIDE from 2003 to 2007.  Ie. During it's pruduction time.  It must be something special for it to won so many Awards.  Let me tell you why, it's the EVERGREEN Exterior Design, Excellent Ride and Handling, GREAT Fun to Drive and lastly, More spacious than it's Successor Mazda6 MK2 (2008 to 2012) which has Poor rear headroom issue and more expensive Road tax due to 2.5 litres. 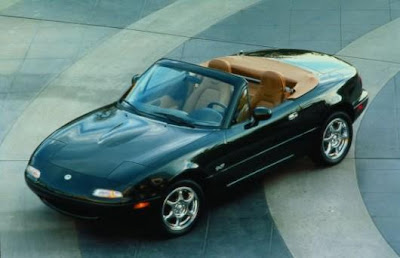 Above: My DREAM Colour and Tanned Leather combo.  The IDEAL one. 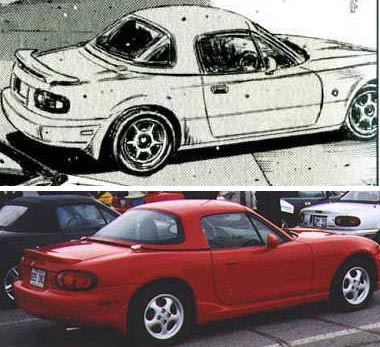 Above: It's so Legendary that it appeared in INITIAL-D Stage 4 where it RACED with Takumi's AE86 and LOST! Here are the Youtube link to the RACE Between MX5 and AE86:
http://www.youtube.com/watch?v=5dG24rZvJsk

Below: Sample car for sale as seen in Mudah.  Double click to enlarge. 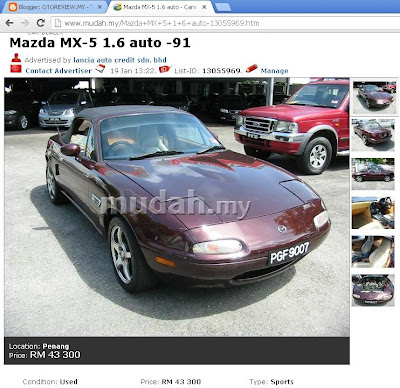 Why?
The Original's still the best looking and price now dipped to RM43,000 CASH THOUGH for early 1990 to 1992 model.  I don't mind Manual for this car as I learned to Drive in Hong Kong in a Mazda 323 Familia which I'm used to the clutch.  My sister also used to owned 1992 Mazda Astina, also similar Clutch feell, Future classic for sure.  Prefer either British Racing Green OR Solid Red one with Hardtop.

As quoted in "AUTOCAR" Magazine UK.  "This is like a Alfa Spyder without the Rust, Trimph Spitfire without flooding and MGB Roadster without the reliability issues."  This car single handedly REVIVED the dying famous Front Engined RWD BRITISH Roadsters.  As at December 2012, 920,000 units have been sold WORLDWIDE!  WOW! 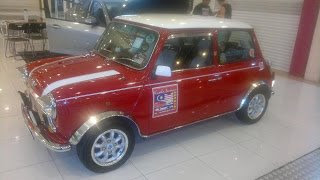 Above: Was offered a FULLY RESTORED and CUSTOMISED example at RM33,000 CASH.  A 3k British Racing Green Paint with British Flag on Roof complete with Burberry texture seats, EFI engine, 4 speed Automatic and identical rims and white John Cooper stripes like the photo above.  I featured in my blog back in November 2012.  It can be found here:
http://otoreview.blogspot.com/2012/11/close-upfor-sale-mini-cooper-13.html 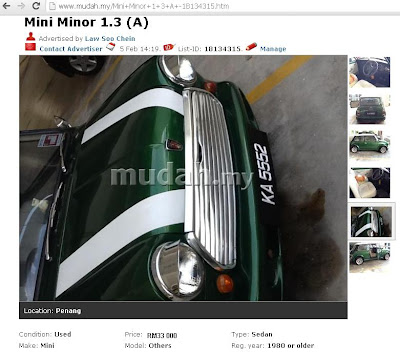 Why?
The Original and still the best.  Already a Sought after Classic.  A Mint condition example costs AT LEAST RM30,000 and it NEVER DEPRECIATES.  It stayed the same for the past 8 years. 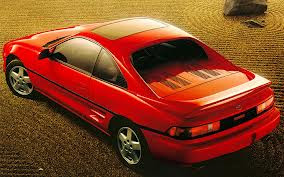 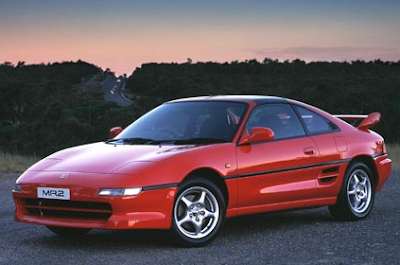 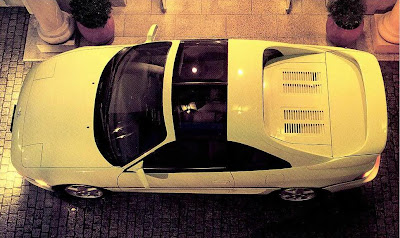 Classy MINI FERRARI Design.  Already a Classic.  Highly sought after due to Mid-engined RWD layout. STOCK Virgin unit is HARD TO FIND and WORTH Buying. 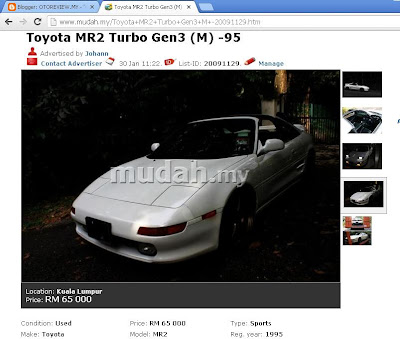 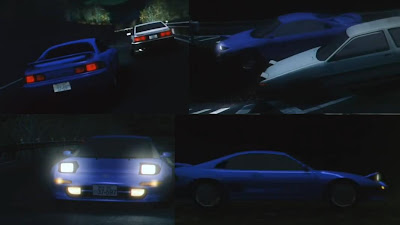 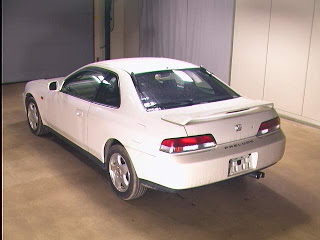 Above: Prelude BB7 powered by H22A BIG VTEC mated with 4 speed Tiptronic gearbox and Electronic 4WS.  Produced from 1997 to 2000.  This is the LAST Prelude.  SUPER RARE in Malaysia. 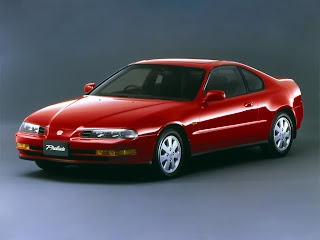 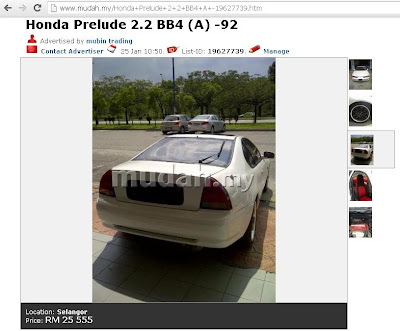 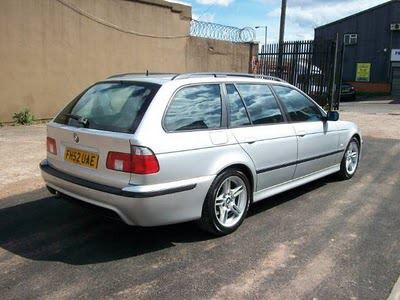 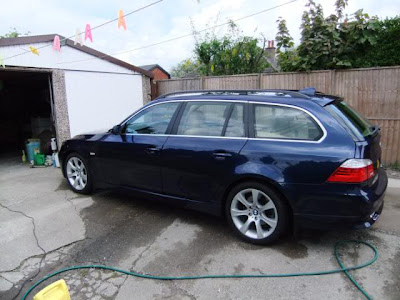 Why I mentioned 2 generation?

Like the Prelude above, the E39 Touring Wagon's SUPER RARE.  Never officially brought in to sell in Malaysia.  Those available are either NAZA Import OR Personal/Student AP import.  That's why I will also consider the 2005 BMW 525i E61 Touring Wagon.  This car STILL CAN LOAN and typically priced around RM150,000 with Electric Tilt-slide EXTRA LARGE Panoramic Glass Sunroof. 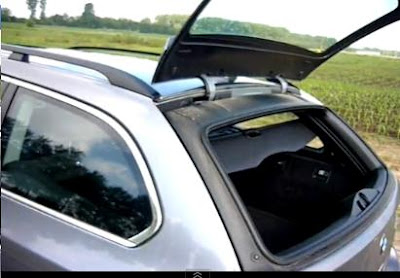 I also LOVED the both generation "Split tailgate" (see photo above) where the upper glass portion can be partially lifted up to store small/light items and for E61, the Powered 1 touch closing tailgate.
DREAM CAR 8: Isuzu Trooper Citation 3.1TD Auto 1997 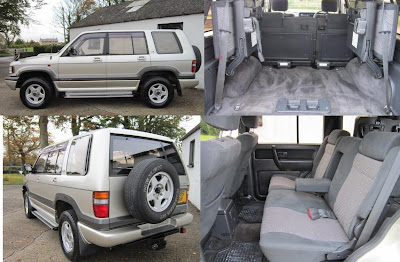 Photo above is UK-spec.  Below is Malaysian Spec. 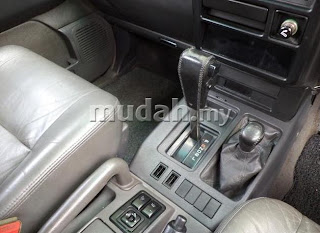 Why?
This is an under-rated GENUINE 4x4 with OFF ROAD Capability.  In Malaysia, 1997 year make were FULL SPECS with Leather Seats, 8 way Electrically Adjustable driver seat, seats 8 FULL SIZE ADULTS comfortably and lastly, unique Rear split left then right opening tailgate with MACHO Spare tyre on the outside Rear.of the 4x4.  It also came with HI/LO selectable Shift-on-fly 4WD.  This LARGE SUV is IDEAL VEHICLE to Navigate through FLASH FLOODS.  Lastly, TORQUEY Turbo Diesel's POWERFUL and came with Standard "G-Force".

It's DIRT CHEAP TOO, See the Screenshot of a recent Mudah Ad.  BELOW RM30,000 CASH (too old for bank LOAN) for a LARGE Genuine Off-road capable Turbo-diesel SUV. See photo below.  Double click to enlarge. 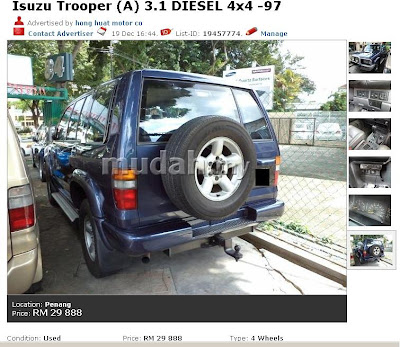 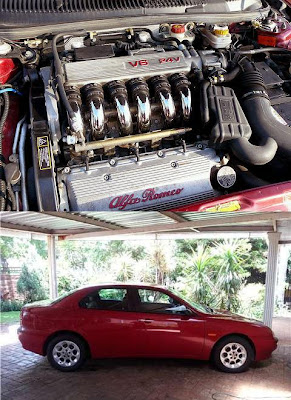 Above: What a Beautiful Engine and Exterior Design.  Still turn heads despite designed in 1998.

Why?
EVERGREEN Design.  Former European car of the Year and the 2.5 V6 won the International Engine of the year 1999.  I prefer Either MAROON or RED and don't mind the Silver.  In Malaysia, this model's brought in by Milan Auto from 1999 to 2003.  Worth buying for the ROAR OF THE V6.  A used 2001 example costs RM32,000 Negotiable as seen in recent Mudah ad.  Screenshot below (Double click to enlarge): 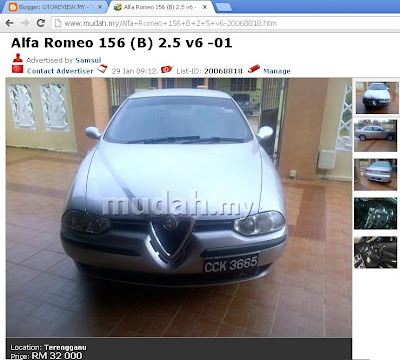 END OF MY DREAM GARAGE 2013.  Thanks for having the time and patience to read this blog entry.  An original Jeff Lim's Production other than the Screenshot taken from Mudah.my.  Thanks Mudah!