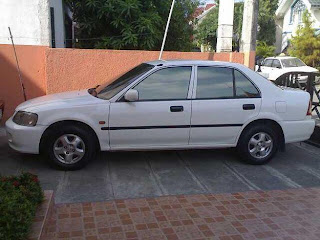 Here are the used prices of Honda City 1.5EXI-S (Researched by Me): 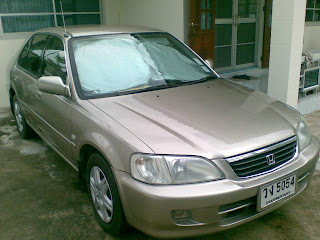 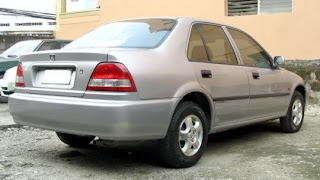 As usual, I don't have a car to test and brag about it.  ALL is NOT LOST...  I dished out a WELL WRITTEN review taken from Highway Malaysia December 1997 issue by Uncle Leeps Lee.  IN ADDITION, I also dished out 3 owner's review from Malaysia, Singapore and Sri Lanka respectively.  ENJOY!

BETTER PULL FOR THE MONEY

It has been less than a year since the Honda City was launched before a bigger engine model was introduced. This is the City 1.5 EXi-S or 150 'C-Class'. However, there appears to be no let-up in demand as 2,000 Citys 1.5 were sold since its quiet entry in July. 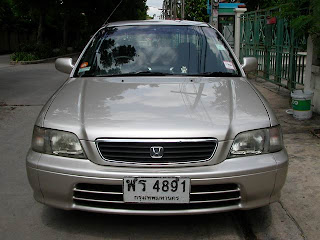 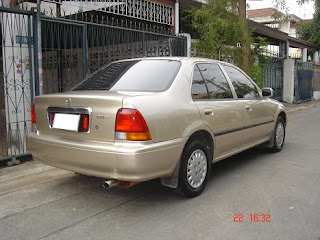 As for Malaysia, local Honda distributor Kah Motor Co Sdn Bhd has opted to promote the City 1.5 instead of the 1.3, much to the dismay of some. With a smaller displacement engine, the City 1.3 was affordable to many who wanted a Honda. With the City 1.5, the price was increased by about RM5,000 which led to some cancellation of orders. At prices varying between about RM69,600 and RM72,500 for a standard model with manual/automatic transmission and solid/metallic paintwork, the City still remains a more affordable option to the Civic.

Unlike before, the City 1.5 is a completely different model from the Civic, which is now solely a 1.6-litre model. The closeness in engine displacement is no longer a matter of personal preferences and budgets for a car within the same model range. It has become a matter of looks and tastes. 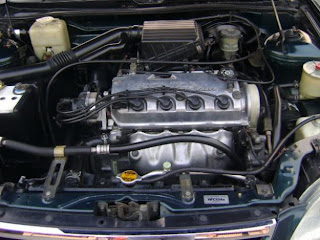 There are also some changes in the 4-speed automatic transmission to accommodate the higher power outputs. Second, third and fourth gears are higher in ratios since there is more torque now. In fact, third gear is an overdrive at 0.972.

As one of our staff has a City 1.3, we had the rare chance to gauge the City 1.5 back-to-back. The better torque has definitely provided for a more relaxed driving ambience. There was no need to prompt the accelerator often to get it down to second gear for that spurt of speed or pull to get going quickly.

The City 1.5 has ample torque to sufficiently quick pick-up for overtaking on the highway and when going up mild inclines. This feature also helped to give the City higher corner speed through winding stretches, encouraged as well by the proven all-independent suspension with a MacPherson strut at each wheel and the 175/75 SR13 Dunlop LeMans J-Cinq tyres.

With less of a need to kick down and get second gear, there was less of a jerky affair while driving. Although some improvements were made with the automatic transmission, it still didn't perform as good as that in the Civic. It is getting there though.

As is typical of Honda engines, some mileage is required before optimum performance can enjoyed. That in the test City 1.5 was no different, having covered slightly above 1,000 kms when we borrowed it. Thus the top speed we attained may not be indicative of the true potential of the car in this respect. If it is like the City 1.3, it should do above 170 km/h, if not 180 km/h, with more mileage.

The difference in interior appointments aren't much. The extras come in a central console bin and a door armrest for the front doors. All the windows are electrically-powered (only the front ones for the City 1.3). 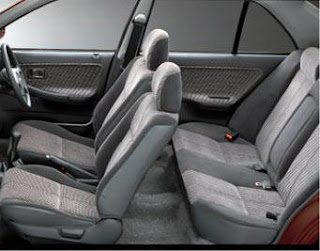 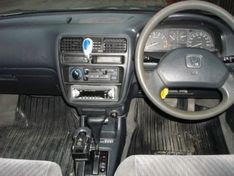 "Would you buy the City 1.5?" we asked the staffer who owns a City 1.3. The response (which we also tend to agree with) was this: "Now that I've driven it, I do regret not waiting for the 1.5 to come along. The better pull certainly makes for more comfortable and relaxed driving. But with the gloomy economic scenario, I think I will keep my City 1.3!"

N.B. Performance tests were carried out on a testcar supplied by Kah Motor Co Sdn Bhd with 1,000 kms on it. Actual performance may vary depending on mileage clocked, state of engine tune, atmospheric conditions, etc. Dunlop LeMans J-Cinq tyres with optional alloy rims were fitted on the testcar.

N.B. Price shown for private ownership, is applicable to Peninsular Malaysia only. Nett selling price is the government approved price, excluding excise duty and sales tax. Retail price includes roadtax for one year but no insurance coverage. For East Malaysia, the price will be slightly higher due to shipping charges. Insurance premium is based on recommended value of RM71,000 for a year's comprehensive coverage without deduction for any No Claim Discount (NCD) bonus. Ownership claim fee (applicable for H-P financing) of RM50 is included.

That's all folks...  Thanks for having the time and patience to read this blog entry.
Posted by JeffersonL on June 15, 2010