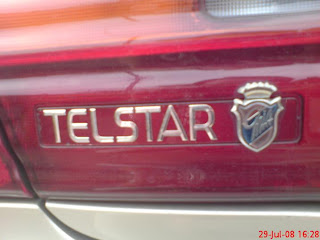 In this blog entry, I am updating my Ford Telstar i4 Ghia. This is the 9th update. What's up in the month of March?

Not much to highlight in the first 3 weeks of March. Let's proceed to the 4th week.
On 23 March, we took this Telstar for a trip down to (and fro) Melaka. 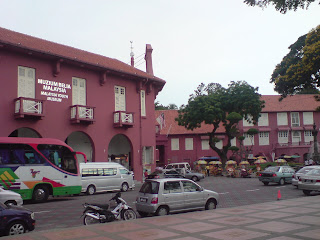 Here's some photos of the Melaka trip: 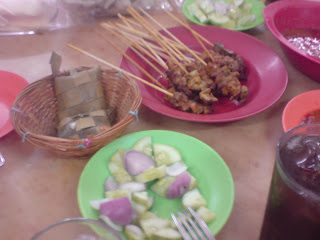 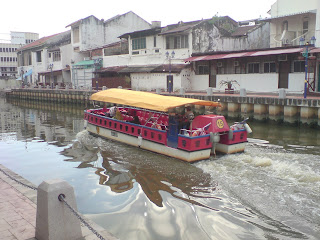 The Telstar benefitted from the trip. NICE EXERCISE. It's this trip that the Telstar recorded THE BEST mileage (since February 2007 Penang trip) @ 8.8km/l.

One day later, I drove the Telstar to and from KL International airport sent my Hong Kong visitor Desmond Yip back to Hong Kong. Averaged speed 130km/h when I send him and his luggage, averaged speed 150km/h on my way back. Maximum speed I drove 175km/h, because the gearing is too "tall". 3rd gear 170km/h @ 5300rpm, 4th (overdrive) gear 170km/h @ mere 4200rpm.

So at my "maximum" speed, it's either 5300rpm (roaring) in 3rd gear or 4500rpm in "4th gear"(lazing), takes an EXTRA LONG TIME at 4th gear to gain anymore speed. I believe in can achieve it's "Claimed" maximum speed of 198km/h, except it REALLY Takes time and need LOTS OF STRAIGHT ROADS. Perhaps, the car's already "A BIT OLD" to travel faster. Note that it's a "10 years old" car. 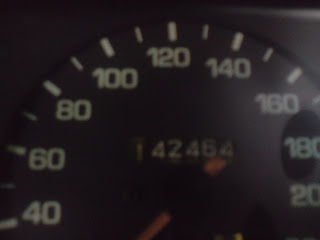 Before I go: here’s a parting shot: 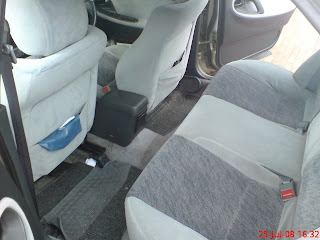 The comfortable, inviting, rear seats. Check out the generous LEGROOM.

End of Update, thanks for having the patience to read it...

AN ORIGINAL JEFF LIM PRODUCTION (My original work)
Posted by JeffersonL on March 26, 2009