In this blog entry, I am updating my Ford Telstar i4 Ghia. This is the 11th update. What's up in the month of May?

On the first week of May, my Telstar broke down again. Suddenly, the engine shut down by itself. Can start, drove 200-300 metres then Engine died again. It happened 300metres away from my house. “Limped” the car slowly to my House. 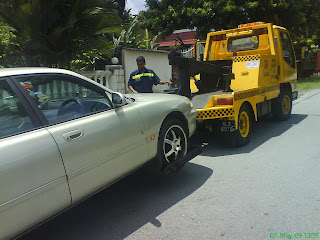 This time I called AAM to tow (instead of AIA) to my Workshop. Upon inspection, it’s the Distributor which needed change. I left the car at the workshop for 2 days as my foreman cannot find the “Distributor”. New and original part was RM900++. In the end, he had to resort to a used unit (from Chop Shop) for RM370 (add another RM90 for workmanship..

As I typed this, the Telstar only done 130km +/-. Why?
It’s because my dad’s in Vietnam for 2 weeks, hence his Civic FD2 is driven by me. Without further ado, let's proceed to Logbook: 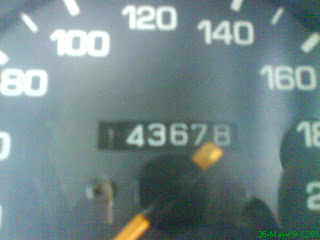 Expenses (this month)
1) Petrol (RM30 only this month) and toll charges. Before I go, here's a parting shot: 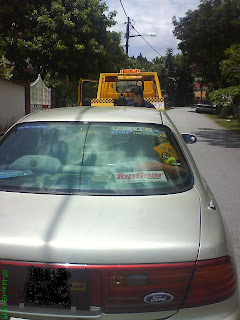 End of Update, thanks for having the patience to read it...

AN ORIGINAL JEFF LIM PRODUCTION (My original work)
Posted by JeffersonL on May 29, 2009